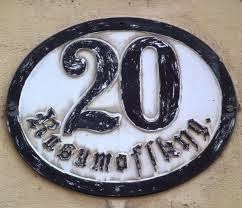 My newest essay, "Ethics and Aesthetics are One: The Earnestness of High Modernism in Wittgenstein and Musil" is up on Numero Cinq.  Here is a link to the whole text:

But meanwhile, here is an appetizer:

These two thinkers lived almost side-by-side on Rasmofskygasse in Vienna for about a year sometime between 1920 and 1921, possibly without ever making each other’s acquaintance. They were both snobs who craved discourse; both were scientists who had more faith in art than in philosophical logic; both were individualists who were suspicious of collectivism and resisted joining groups or being categorized into positions or ideologies[4]. They both rejected externally-imposed morals and social judgments in favor of a personal rigorous ethics and conduct of life. They both had ambivalent relationships with the scientific positivists of the Vienna Circle. In contrast to the members of this circle, both wanted to connect philosophy and science with aesthetics and ethics and make it meaningful for human life[5]. Both resisted theory in favor of experimental empiricism. Both had mystical experiences as soldiers in World War One, leading to puzzling relationships with something they both sometimes called “God”; both were mathematicians suspicious of mathematics; both were engineers and inventors; empiricists and idealists; pragmatists and utopians. Both looked to anthropology to present alternative possible ways to live; both loved Dostoevsky; both worked and wrote in a non-linear,[6] inter-disciplinary fashion; both liked to go to the movies. Both of them were obsessed with using language precisely; but both rejected language skepticism, while acknowledging the limits of language and knowledge; and both saw metaphor as the best possible mode of expressing certain experiences and truths. Both were so committed to the experimental method and a resistance to closure or final solutions that they were almost pathologically unable to finish their works. They are exemplars of a special breed of idealist-realists—a group of people who throughout history have simultaneously hugged the surface of the real “what is” while reaching for the ideal “what could be”; thinkers who have labored to establish what can and cannot be known or spoken, thinkers who have eschewed what Musil called “Schleudermystik” (wishy-washy mysticism) and Wittgenstein called “transcendental twaddle,” and, at the same time, kept at bay a nihilistic relativism or void of all values. (Other thinkers in this cadre include Thoreau, Blake, Novalis, and Nietzsche).
Posted by Musil Attempts at 4:52 AM 2 comments: