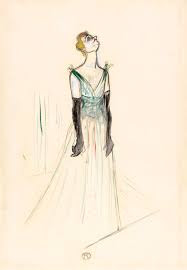 Musil would have been quite chagrined to not have his name on the cover of the new Columbia Journal #57, though Patti Smith and Eileen Myles are there, both, I believe, admirers of his work. Probably, had they been asked, they would have been proud to have their names next to his. He was known to complain about such things from his (rightfully) disgruntled position as under-appreciated genius, second-best to the "Grossschriftsteller" (Big-shot writer)Thomas Mann, and other lesser lights who captured the public's attention. But, in any case, he is inside, in the form of a number of excerpts from my new translation project: Theater Symptoms: Robert Musil's Plays and Writings on Theater (coming out with Contra Mundum Press in 2020).  The pieces are included thanks to Ellyn Gaydos, non-fiction editor of this edition of the journal (and brilliant writer).

There is a wonderful piece on Russian Cabaret, one on Yvette Guilbert, and some slashing and burning criticism of the shallow emptiness of contemporary theater. Musil thought that theater should be earth-shaking, challenging, transformative, and he lamented the relative insipidity of the theater of his times, seeing it as a reflection of the general cultural collapse. Read it and weep.
http://columbiajournal.org/announcing-columbia-journal-issue-57/
Posted by Musil Attempts at 7:38 AM