There will be an exhibit of the manuscripts of Emily Dickinson and Robert Walser at the Drawing Center in New York City come mid-November which could only be more exciting were Musil's manuscripts added to the conversation.
www.drawingcenter.org/en/drawingcenter/5/.../9/.../dickinson-walser/‎

I believe I read somewhere that Walser's Microscripts were generally written out without corrections or additions. Musil and Dickinson, on the other hand, were endless revisers. Musil's manuscripts, which you can see in facsimile in the Klagenfurter Ausgabe, are complex and beautiful maps of his thinking process. More is crossed out than is retained. And this economy of paring and parsing goes on and on for thousands of pages and thousands of days and nights and for years and decades. In our time of digital erasure, where there is little trace of the writer's mind, these documents that mark the writer's discriminating excisions and alternate divagations are more precious than ever. One might even ask whether the thinking process itself will be preserved without the physical palimpsest that traditionally preceded it. Back to paper and pens, friends! Let us endeavor to leave a record of our struggles to come to terms and in so doing ensure that we really are grappling with words and ideas and images in heroic fashion, not merely casually tapping and typing.

Review of "The World as Metaphor" in Musil-Forum 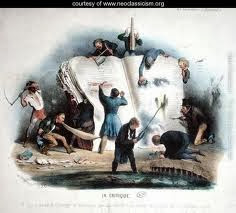 Todd Ceseratto has written a review of my book for the new Musil-Forum:
https://docs.google.com/file/d/1Q8nOq-VV0OAaWN1KLy_wJXmAxT5op2S4bJ3SJVUk1RviJhQqwvOO4n1yAoAT/edit?usp=sharing
Unfortunately for most of you interested readers it is in German. Jim Walker, the book's editor, has translated this passage for you non-German speakers: "The World as Metaphor offers . . . a worthy contribution to international Musil research. Grill obtains with it the rare status of a researcher who at one and the same time explains a thesis and carries it out in her own writing. For her painstaking work in the archive the study earns the particular praise and interest of those who want to concern themselves more deeply with the canonical works of modernism such as The Man without Qualities." In full disclosure I have to admit that there was a parenthesis where the ellipses is which contained a wee "despite this and that," but that is what ellipses are for, no?  Keep 'em coming! I am strong and hearty and can bear all sorts of pricks, prods, reservations and calumnies!


Posted by Musil Attempts at 1:13 PM No comments: 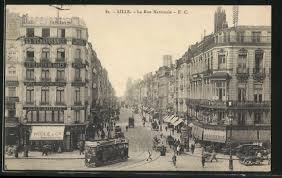 This previously untranslated Musil story, one of many short prose pieces Musil published in journals and magazines during his life, has been translated by me and published in Fiction Magazine: <www.fictioninc.com/features/to-an-unknown-little-girl/>

More marvelous Musil short prose will be appearing in the next issue of Fiction .  I am looking for a publisher for a complete edition of these pieces, by the way.

Posted by Musil Attempts at 12:50 PM No comments:


I have just had an essay published in Studia Austriaca, called "Musil's 'On Stupidity' and the Artistic and Ethical Uses of the Feminine Discursive"...and you can find it by clicking on the link below.

Read it and weep as much as you like, even if you are a man. Weeping is very salutary in the Spring.

Posted by Musil Attempts at 6:45 AM No comments:

My friend Kenneth Harrison sent me a fascinating article about Dickinson's working methods, which is strikingly reminiscent of Musil, the unfinished and unfinishable.  Brenda Wineapple, in her essay, "On Emily Dickinson" in Salmagundi: Spring 2011. 170-171, writes: 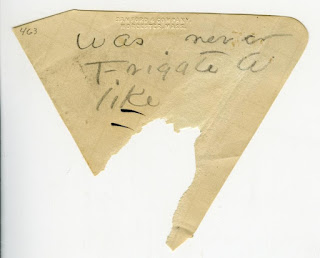 "To her, literature was improvisation, much like her concoctions on the piano, remembered by all who heard them, and her poems were always in progress, meant to be revised, reevaluated, and reconceived, especially when dispatched to different readers, as her first editors would discover.(Poet Richard Howard points out that completing poems may not have interested her: 'Her true Flaubert was Penelope, to invert a famous allusion, forever unraveling what she figured on the loom the day before') She saved all variants and appears to have not chosen among them, sometimes toying with as many as eight possibilities for words, line arrangement, rhyme, enjambment; nor did she choose among alternative endings. Frequently she composed on scraps of paper--newspaper clippings, envelopes, brown paper sacks--or around the edges of thin sheets, the writing almost illegible...From an editorial point of view, the situation was a mess. It is a mess. Recently, Max Rudin, the publisher of the Library of America, spoke with  me about the deep difficulty of placing Dickinson between those hard, shiny black covers, not just because Harvard owns the copyright, which it does, but because myriad versions of her poems make it tough to choose among them. Selecting one manuscript version of a poem over another seems to preclude the rest and deny the mercurial fluidity of  her work. ('It is finished can never be said of us,' she said with typical finish.)".

It strikes me that it is no accident that these two seemingly distant writers shared a resistance to final versions and completion. Both were of the school of possibility and of telling the truth but telling it slant, the school of continual striving, the school of timeless momentariness and its awareness of mortality; both were transcendentalists who yet knew well about gravity and the sluggish persistence of matter; both were really unprepared to share their work with the world outside, while they both craved resonance, response, an admiring public--if only that public would not pry too much or ask them to hurry, to pander, to lie ( a practically impossible thing to expect of a public); both were bound to the beautiful treacherous practice of the sort of perfection which first manifests itself as messiness (like when one's room is initially much messier when one first begins to clean it up); and this devotion to the infinite facets, the myriad words and arrangements, could only be indulged by those who were somehow not quite bound to any one  finite world, but rather by those who had to create infinite, unfinished portals into multiple universes of words. Dickinson might have been referring, with her royal We, to herself and Musil then, when she said, "It is finished can never be said of us". Or perhaps she meant that none of us, not one of us mortal humans, is ever really finished. . . .
Posted by Musil Attempts at 6:57 AM 8 comments:

Invitation to a Reading & Book Party 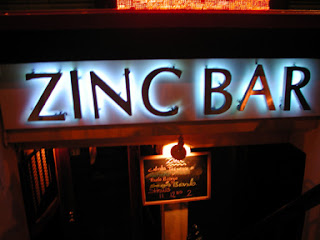 There will be a party and reading to celebrate the release of my book The World as Metaphor in Robert Musil's 'The Man without Qualities': Possibility as Reality,  in New York City, if any of you are in the area. The event will be held at the Zinc Bar at 82 W. 3rd Street on Sunday the 20th of January from 5:30 to 8:30 and will feature a reading by me from my book and a reading by Burton Pike from his brilliant epoch-making 1995 translation of some of the Nachlass portions of The Man without Qualities, followed by rejoicing. This reading is part of the Lungfull! Sunday Reading Series and will be free and open to the interested public. I would love to meet you!
Posted by Musil Attempts at 8:45 AM 1 comment: